Items related to Fighting the flying circus (The Lakeside classics) 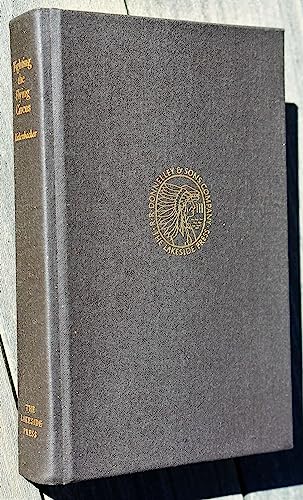 America's greatest ace relates in this incomparable volume his.thrilling experiences as a flyer during the past World War. Captain Rickenbacker's "Hat-in-the-Ring" squadron (94th Squadron, U. S. Air Service) was the heroic group of fighters who did so much to put the German Von Richtofen's Flying Circus out of business. It will go down in history as the first American squadron to go over the enemy's lines; the first to destroy an enemy plane, and the one to bring down the last Hun machine that fell in the war; and as the only American fighting squadron selected to move into Germany with the Army of Occupation. Read this volume and learn the experiences of this flyer. Captain Rickenbacker deserves the gratitude of the American people, not only because he is the American Ace of Aces - not only because he destroyed twentysix German aircraft in combat - but more especially because the extraordinary inspiration of his example at the front and his ability as a Squadron leader brought very remarkable success to many other American airfighters who were under his leadership.

Eddie V. Rickenbacker (1890-1973) was an American fighter ace in World War I and a Medal of Honor recipient.

John Pruden is a professional voice actor who records audiobooks, corporate and online training narrations, animation and video game characters, and radio and TV commercials. An AudioFile Earphones Award winner, John has a solid creative foundation from which to draw for his intelligent audiobook narrations.

"John Pruden . . . happens to have one of those golden voices. . . . This was a fascinating book. . . . I always thought Eddie Rickenbacker was larger than life. This combat diary added an unexpected touch of humility to him. I highly recommend this book to any reader interested in the history of the United States Air Force." ---Major Joel Rudy, USAF