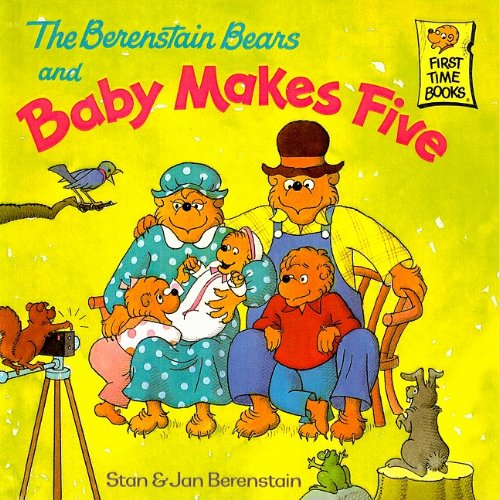 Sister Bear is upset by all the attention her new baby sister is receiving.

What fun! What excitement! What a nuisance. At least that's the way Sister Bear feels. If it isn't being fed, burped, or diapered, it's being dandled, cuddled, or kitchy-kitchy-kooed. Yes, Sister's pretty fed up with the fuss everyone's making over the new baby. Even the dolls make her angry, because they remind her of the baby. Then Sister gets a special homework assignment and, with a little help from wise old Mama, comes to believe that this new baby might just be a nifty addition to the Bear clan.

Stan and Jan Berenstain were already successful cartoonists for magazines and adult humor books when they began writing children's books. The first story starring the bear family, The Big Honey Hunt, appeared in 1962. Since then, more than 360 Berenstain Bears books have been published, and more than 300 million copies have been sold. What began as an idea sparked by their young sons' love of reading has become one of the best-selling children's book series ever.

Book Description Prebound. Condition: New. Prebound. Shipping may be from multiple locations in the US or from the UK, depending on stock availability. 28 pages. 0.227. Seller Inventory # 9780756933258