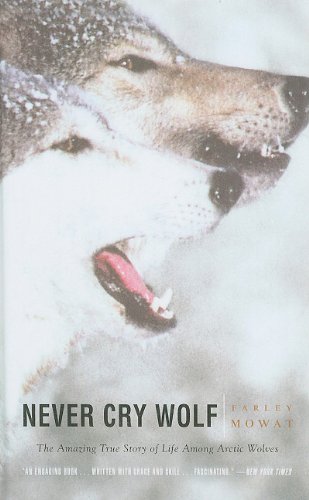 Farley Mowat was born in Belleville, Ontario, in 1921, and grew up in Belleville, Trenton, Windsor, Saskatoon, Toronto, and Richmond Hill. He served in World War II from 1940 until 1945, entering the army as a private and emerging with the rank of captain. He began writing for his living in 1949 after spending two years in the Arctic. Since 1949 he has lived in or visited almost every part of Canada and many other lands, including the distant regions of Siberia. He remains an inveterate traveller with a passion for remote places and peoples. He has twenty-five books to his name, which have been published in translations in over twenty languages in more than sixty countries. They include such internationally known works as People of the Deer, The Dog Who Wouldn’t Be, Never Cry Wolf, Westviking, The Boat That Wouldn’t Float, Sibir, A Whale for the Killing, The Snow Walker, And No Birds Sang, and Virunga: The Passion of Dian Fossey. His short stories and articles have appeared in The Saturday Evening Post, Maclean’s, Atlantic Monthly and other magazines.

Shipping: US$ 12.63
From United Kingdom to U.S.A.
Destination, rates & speeds