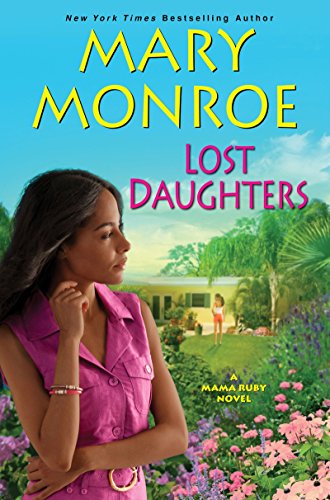 Everyone from Louisiana to Florida knows Mama Ruby--a small-town girl who became one of the South's most notorious and volatile women. Now New York Times bestselling author Mary Monroe reveals how Mama Ruby's past haunts the family she's left behind. . .

Mama Ruby has died and Maureen Montgomery is finally taking charge of her own life. With her beautiful teenage daughter, Loretta, by her side, she returns to Florida and settles into a routine any other woman would consider bland. But for Maureen and her brother Virgil, after Mama Ruby's hair-trigger temper and murderous ways, bland is good. Yet Loretta has other ideas. . .

Set on becoming rich and famous, Loretta convinces Maureen to let her start a modeling career with the help of a Miami photographer. But even as they move in promising new directions, they can't escape Mama Ruby--including Virgil, who's concealed one of her most shocking acts for most of his life. To make a future that's truly hers, Maureen will have to take on a bit of Mama Ruby's strength, forge new bonds--and face down the past.

Praise for the Mama Ruby series

"Magnificent, coarse, funny and terrifying." --The San Francisco Chronicle on The Upper Room

"Monroe's style, like her characters, is no-holds-barred earthy. . .Monroe's characters deal with their situations with a weary worldliness and fatalism that reveal their vulnerability as well as their flaws." --Booklist on Mama Ruby

Mary Monroe, the daughter of sharecroppers, is the author of the award-winning and New York Times bestselling God series that includes God Don't Like Ugly and God Don't Make No Mistakes, among other novels. Winner of the AAMBC Maya Angelou Lifetime Achievement Award and the PEN/Oakland Josephine Miles Award, Mary Monroe currently lives in Oakland, California, and loves to hear from her readers via e-mail at AuthorAuthor5409@aol.com. Visit Mary's website at MaryMonroe.org.

Book Description Paperback. Condition: New. Paperback. Maureen Montgomery still can't believe she was able to break away from her dominating Mama Ruby. Her happy, secure life with her husband Mel is more than Maureen ever dared hope for. And h.Shipping may be from multiple locations in the US or from the UK, depending on stock availability. 406 pages. 0.440. Seller Inventory # 9780758294678