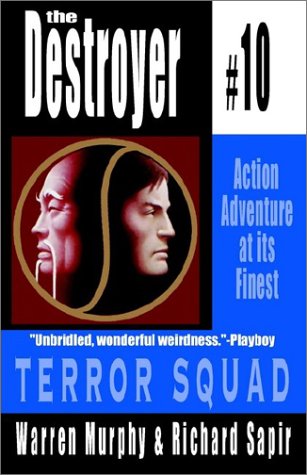 A wave of global terrorism spreads as a result of one madman's tyrannical powers. Even while the governments of three major world powers are on his trail, CURE, the United States' top secret agency, knows of only one way to solve the problem - The Destroyer. There's little doubt that Master Chiun's protégé Remo Williams is capable of waging any war, but when the mysterious radical assassin is out to kill, everyone runs for cover - except the fearless and most powerful.

Book Description e-reads.com, 2002. Condition: Good. A+ Customer service! Satisfaction Guaranteed! Book is in Used-Good condition. Pages and cover are clean and intact. Used items may not include supplementary materials such as CDs or access codes. May show signs of minor shelf wear and contain limited notes and highlighting. Seller Inventory # 0759248249-2-4

Shipping: US$ 19.59
From United Kingdom to U.S.A.
Destination, rates & speeds