Items related to To Be a U.S. Marine 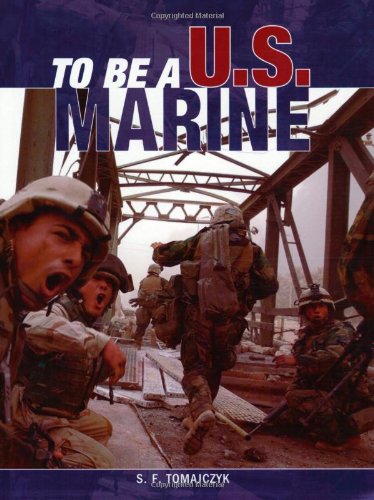 Comprised of smart, highly adaptable men and women, the Marine Corps serves as the aggressive tip of the U.S. military spear. Theirs is a smaller, more dynamic force than any other in the American arsenal, and the only forward-deployed force designed for expeditionary operations by air, land, or sea. It is their size and expertise that allow them to move faster. Working to overcome disadvantage and turn conflict into victory, they accomplish great things, and they do so together. In the Marine Corps, there is a motto that describes their commitment to each other, their organization, and their country. It is Semper Fidelis or "Semper Fi." Translated from Latin, it means "Always Faithful."- Superb full-color action photos- Behind the scenes look at the training and structure- Next book in the colorful and successful series covering America's military forces- Still one of America's most combat efficient forcesFeatures:Chronological photographic displays, with personal stories, of a class of recruits as they progress through Marine recruit training.Steve Tomajczyk gains unprecedented access to the men in training around the country, including California, North Carolina, Virginia, and Okinawa.Superb full-color action photos.Author Steve Tomajczyk takes you through Marine recruit training - "Boot Camp" - the 13-week process that transforms a young person with the courage to succeed into a mature, highly disciplined, and fully capable Marine. During this time drill instructors teach individuals how to care for themselves and others, function as a member of a team and to achieve success together. Training includes first aid, water survival skills, marksmanship, tactics and other related topics. Training also focuses on customs, traditions and history that have made the Marine Corps respected around the world.About the AuthorS.F. Tomajczyk has written numerous books on weapons, agencies, and other aspects of the U.S. military and warfare, including Black Hawk, Bomb Squads, and Carrier Battle Group. Tomajczyk lives in Loudon, New Hampshire.