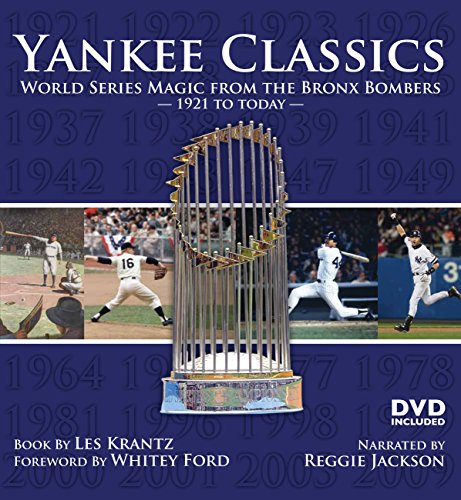 No team, in any sport, enjoys a championship legacy as celebrated as the New York Yankees—and no book provides as thorough an exploration of that legacy as Yankee Classics. With year-by-year recaps filled with stories and photos, the book goes through all 40 World Series the Yankees have participated in, including the seven-game classics and the four-game cakewalks. Profiles of the biggest stars of the Fall Classic—from Ruth and Gehrig, to Berra and Mantle, to Jeter and Rivera—and detailed sidebars on the memorable moments, the October rivalries, and the lesser-known heroes round out this comprehensive look at an unprecedented sports success story.

About the Author: A recognized sports authority, Les Krantz has worked for the Chicago Tribune, Chicago magazine, Esquire, Ski, and Gold. He is the author of many sports books, including Yankee Stadium: A Tribute, Dark Horses and Underdogs, Reel Baseball, and Not Till the Fat Lady Sings. Reggie Jackson, a baseball Hall of Famer, played five of his 21 major league seasons in New York and led the Yankees to three World Series. He set numerous records and placed himself firmly in the annals of memorable baseball moments with his three-home-run performance in the 1977 Fall Classic.