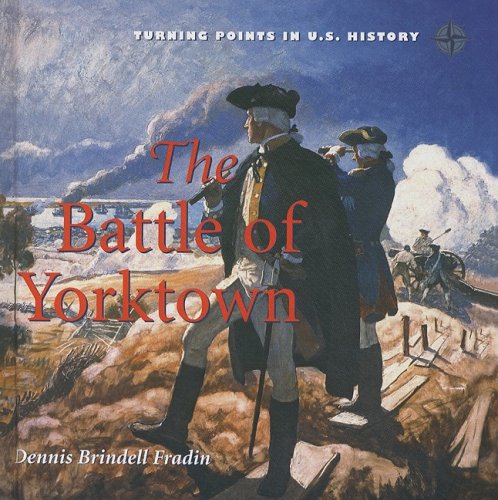 Chronicles the events that led to the battle where Great Britain was defeated and the Americans won the Revolutionary War.

Grade 2–5—Anecdotes highlighting the human element make these standard history topics more memorable. For example, Yorktown explains why General Washington had to schedule battles around certain dates—most men only enlisted for short periods. However, the authors have isolated the events in order to keep the narratives short, and the tight focus necessitates a loss of detail, so that additional resources will be needed to present the events in context. Fradin explains that the United States received help from France and highlights General Rochambeau's assistance to Washington, but Lafayette is not mentioned. In Gold Rush, a highlighted box describes the effects of the population influx on Native Americans, but does not say that many California immigrants were Chinese. Salem maintains an objective tone. It notes the relatively recent theory that contaminated food may have caused hallucinations in people throughout the area. In all three books, the stock images include reproductions of period paintings, woodcuts, engravings, and documents, as well as modern maps. They share an oddly colorized quality (perhaps brightened from the originals?), but they are plentiful and add some visual appeal.—Lucinda Snyder Whitehurst, St. Christopher's School, Richmond, VA
Copyright © Reed Business Information, a division of Reed Elsevier Inc. All rights reserved.