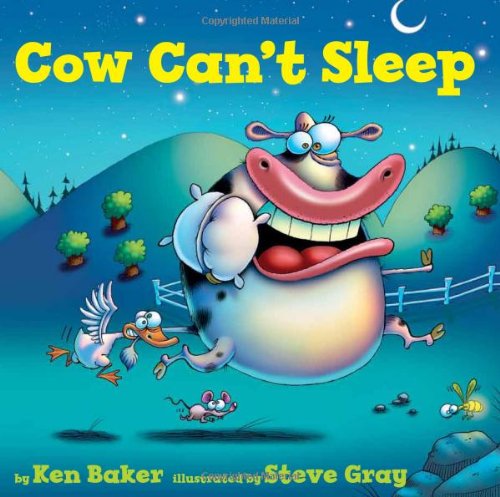 Ken Baker is also the author of Old MacDonald Had a Dragon, illustrated by Christopher Santoro, and Brave Little Monster, illustrated by Geoffrey Hayes. Ken grew up in the San Francisco Bay Area and now lives in Utah with his family. He enjoys attending writers’ workshops and conferences and presenting his books at schools. Learn more: www.kenbakerbooks.com

Steve Gray is the illustrator of There Was an Old Monkey Who Swallowed a Frog and There Was an Old Pirate Who Swallowed a Fish, both written by Jennifer Ward, as well as Farmer McPeepers and His Missing Milk Cows by Katy Duffield. His six-minute animated short film, Santa’s Camels, has been shown in more than sixty film festivals around the world. He lives in Redondo Beach, California. Learn more: www.stevegrayillustration.com