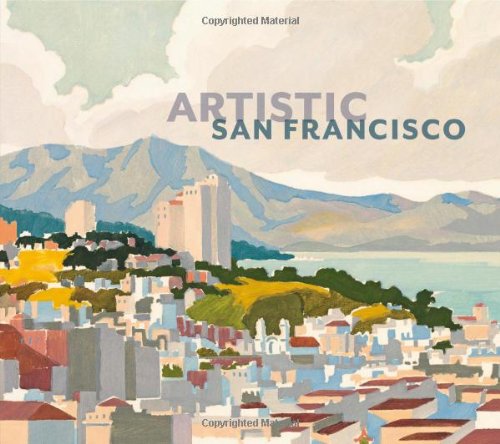 Situated on a small peninsula between a scenic bay and the vast Pacific Ocean, San Francisco is known for its picturesque neighborhoods and attractions—from bustling Chinatown to the beloved Golden Gate Bridge. But even before these iconic symbols of the city took shape, San Francisco’s rugged topography and fog-shrouded coast served as a beacon for artists, who began arriving at the same time others were seeking their fortunes in the Sierra Nevada goldfields. Landscape artists were drawn to the idyllic natural beauty of the Bay Area in the early nineteenth century, and as San Francisco grew into a metropolis and now-famous landmark buildings appeared, more artists came to record the vibrant city and its unique setting.

In the 1930s, hundreds of local artists were able to work under the federal arts programs of New Deal, and many took part in the city’s public mural projects. Throughout the twentieth century, artists continued their love affair with the City by the Bay, creating an enduring portrait of the ever-changing city and its surrounds via paintings, drawings, photographs, and prints.

Featuring more than fifty artworks from the mid-1800s to the present, all from the collections of the Fine Arts Museums of San Francisco, Artistic San Francisco celebrates the sites and experiences of this extraordinary city through the eyes of the artists while providing a rare opportunity to witness the city’s many changes over the past century and a half. An introductory essay by curator James A. Ganz explores the artistic roots of this dynamic region.

JAMES A. GANZ is curator of the Achenbach Foundation for Graphic Arts of the Fine Arts Museums of San Francisco. His publications include Impressionist Paris: City of Light and The Unknown Monet: Pastels and Drawings; contributions to Thirty-six Views of the Eiffel Tower and The Clark Brothers Collect: Impressionist and Early Modern Painting; and articles in Master Drawings, Print Quarterly, and Burlington Magazine.