Items related to Against All Enemies

Coyle, Harold Against All Enemies 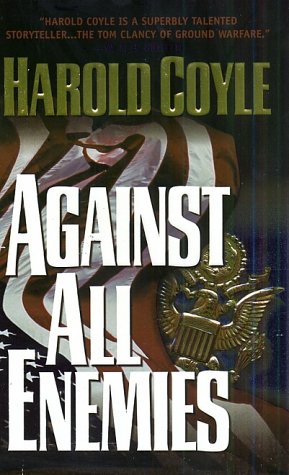 When one man decides to send a message to the government by bombing a federal building, the explosion is felt all across the United States. The chain reaction that follows resonates most powerfully with members of a rebel band in Idaho who call themselves "Patriots." They want freedom from government control, no matter how much deadly force it takes.

Thrown into the battle is Lieutenant Nathan Dixon, who is sent to quell a potentially dangerous situation. He'll need every bit of his training, as Idaho's charismatic governor, George Oliver "GO" Thomas, unleashes an agenda all his own, and one that will truly have an effect on the whole country. In this modern military thriller, New York Times bestselling author Harold Coyle gives us an intimate portrait of the men and women who fight to uphold their different visions of America against all enemies.

Harold Coyle graduated from the Virginia Military Institute and spent fourteen years on active duty with the US Army. He is the New York Times bestselling author of nine novels, including The Ten Thousand, Team Yankee, God's Children and Dead Hand. He lives in Leavenworth, Kansas.

3. Against All Enemies Coyle, Harold