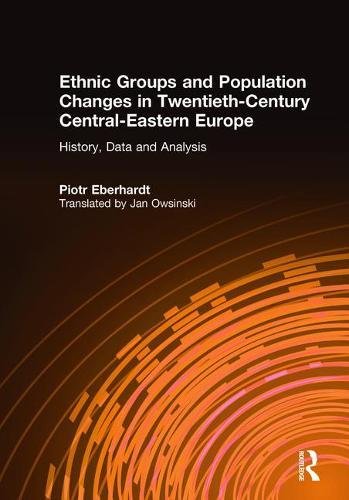 This unique reference traces the changing borders and ethnic balances that characterized the history of Eastern Europe during the twentieth century. After a preliminary overview, the book divides Eastern Europe into five regions, from the Baltic to the Balkans, and closely analyzes the ethnic structure of each region's constituent units over time. Summary chapters at the end of the volume present a comprehensive ethno-demographic portrait of the region at the start of the century, between the two world wars, and from the post-World War II period to the century's end. The volume is richly illustrated with more than sixty figures, hundreds of tables, and multi-lingual indexes of place names and ethnic groups.