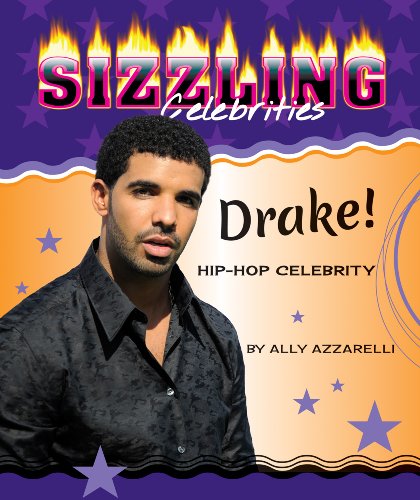 Drake, the Canadian rapper, actually began in television, on the teen drama DEGRASSI: THE NEXT GENERATION. Read about his rise to stardom, and his friends, family, and fans. Find out what motivates him, and his plans for the future.

At 15, Aubrey Drake Graham secured a slot on the TV drama Degrassi: The Next Generation. Acting proved to be the distraction from school that he needed; it wasn’t easy being biracial and Jewish, even in a Jewish high school. So, at 17 he dropped out to pursue his music. Drake released his first mixtape online in 2006. Since then, his career as a rapper has skyrocketed: to date, he has won multiple awards, both in music and philanthropy. Despite being a multimillionaire, he doesn’t take his fans for granted—he spends individual time with them while autographing CDs. The high-interest, low-vocabulary text is broken up by colorful page headings, lots of decorated white space, short chapters, and numerous captioned photographs. This entry in the Sizzling Celebrities series concludes with further information and an index, but it is missing a time line that would have been helpful to readers and report writers. Grades 4-7. --J. B. Petty