Items related to A History of the Warfare of Science with Theology in...

White, Andrew Dickson A History of the Warfare of Science with Theology in Christendom

A History of the Warfare of Science with Theology in Christendom 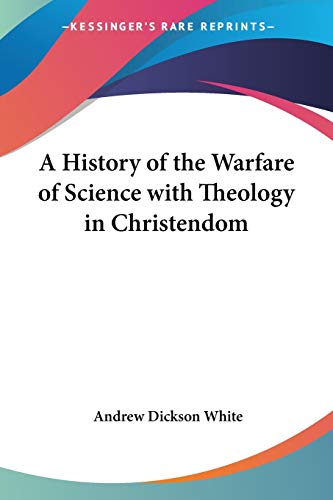 Andrew Dickson White (1832-1918) did more than any other American to impress upon late nineteenth- and twentieth century thought the idea that science and religion are enemies locked in combat on an almost military scale. In 1849, he entered Geneva College and later enrolled in Yale. After graduating, White joined the University of Michigan as a lecturer in history. He returned to New York and won election to the state senate. Finally, White went on to become the first president and cofounder of Cornell University. He also is the author of books, including Seven Great Statesmen in the Warfare of Humanity with Unreason and a 1906 autobiography.