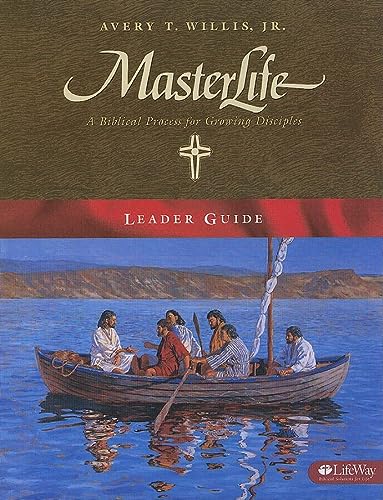 MasterLife is an excellent family of resources to guide both new and experienced believers to develop lifelong, obedient relationships with Jesus Christ. There are four, six-week studies in this series: MasterLife 1: The Disciple's Cross; MasterLife 2: The Disciple's Personality; MasterLife 3: The Disciple's Victory; and MasterLife 4: The Disciple's Mission. It is recommended that participants complete all four studies in sequence. However, any of the four can be studied independently as a stand-alone study as well. The Leader Guide provides step-by-step guidance for facilitating a small-group study using all four MasterLife studies. Also includes instructions for leading brief workshops or retreats after each six-week study.

Within the MasterLife process, participants will be encouraged to practice spending time with the Master; live in the Word; pray in faith; witness to the world; live victoriously; nurture new Christians; mature as a disciple; and learn other key disciplines of faith.