Items related to Under the Ribs of Death

Marlyn, John Under the Ribs of Death

Under the Ribs of Death 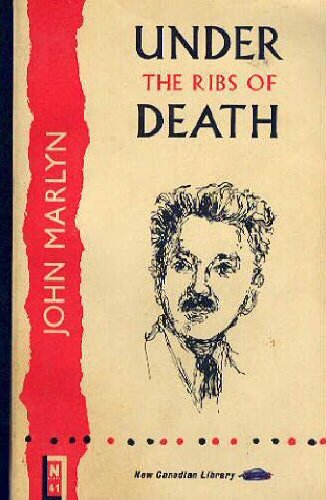 Set in the immigrant community of Winnipeg’s North End, Under the Ribs of Death follows the progress of young Sandor Hunyadi as he struggles to cast off his Hungarian background and become a “real Canadian.” Embittered by poverty and social humiliation, Sandor rejects his father’s impractical idealism and devotes himself single-mindedly to becoming a successful businessman. Equipped with a new name and a hardened heart, he is close to realizing his ambition when fortune’s wheel takes an unexpected – and possibly redemptive – turn.

Combining social realism and moral parable, Under the Ribs of Death is John Marlyn’s ironic portrayal of the immigrant experience in the years leading up to the Great Depression. As a commentary on the problems of cultural assimilation, this novel is as relevant today as it was when first published in 1957.

John Marlyn was born in Nagy Becskerek, Hungary, in 1912. When he was six months old, his family moved to Winnipeg’s North End, the setting of his fiction.

Unable to find employment during the thirties, Marlyn went to England, where he worked as a script reader for a film studio. He returned to Canada just before the outbreak of the Second World War and has worked since that time as a writer for various government offices in Ottawa. From 1963 until 1967 he also taught creative writing at Carleton University.

Under the Ribs of Death, Marlyn’s first novel and a powerful portrait of immigrant life in its aspirations, its tragedies, and its search for values, won the Beta Sigma Phi First Novel Award.

Under the Ribs of Death Marlyn, John