Items related to Ethnic Cleavage and Closure in the Caribbean Diaspora:...

Ethnic Cleavage and Closure in the Caribbean Diaspora: Essays on Race, Ethnicity and Class

Ethnic Cleavage and Closure in the Caribbean Diaspora: Essays on Race, Ethnicity and Class 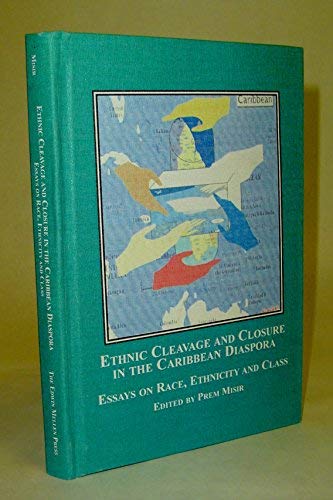 In the Caribbean all history is still current events. Precolonial, colonial and postcolonial forces figure prominently in governance, social interactions and education, and these nine essays examine the cleavages caused by long-standing attitudes about race, class and ethnicity. The essays delineate some of the major ethnic and racial questions that continue, including the role of race and ethnicity in dominance, the changing alignment between ethnicity and politics, the roles of identity and nationalism in elite dominance in the English-speaking West Indies, the role of ethnicity in the aspirations of teachers in Guyana, the role of race in the 1996 local government elections in Trinidad, the mental cost of Caribbeans' immigration into the US, continued conflict in Venezuela, and the actions of Basdeo Panday as inverted racism. Annotation ©2007 Book News, Inc., Portland, OR (booknews.com)

Prem Misir is Pro-Chancellor at the University of Guyana.

"... it is not often that one is presented with a book that succinctly and deftly dissects the social and political dynamic in the mini diasporic nation-states in the Caribbean with such clarity and force of arguments. This book... has tremendous internal consistency and coherence and engages the reader in a probing analysis about the struggle of modernity in a postcolonial era." - Professor Aubrey W. Bonnett, SUNY College at Old Westbury"

1. Ethnic Cleavage and Closure in the Caribbean Diaspora: Essays on Race, Ethnicity and Class