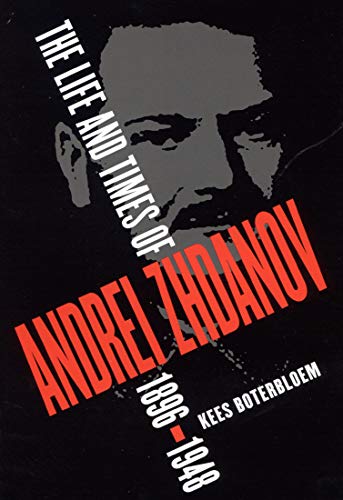 In 1934 Andrei Zhdanov was promoted to the post of secretary of the Communist Party's Central Committee in Moscow and entered the inner circle of Stalin's partners. Notable for his involvement in implementing the artificial crisis of the Great Terror in Moscow and Leningrad, Zhdanov was later involved in the preparation and signing of the Molotov-Ribbentrop Pact and acted as Stalin's Party emissary in the Winter War and the sovietization of Estonia. Boterbloem details how Zhdanov's career was put in jeopardy in the summer of 1941 when German troops almost captured Leningrad. Stalin kept Zhdanov at the Leningrad front for much of the Second World War because of his alleged failure to halt the initial German advance, where he presided over the terrible suffering of the besieged city's population. In 1945, Zhdanov's ideological commitment led to his recall to the centre of Soviet power where, more publicly visible than ever before, he berated Soviet artists, scientists, philosophers, composers, and foreign Communist Parties for failing to adhere to the Party line. Never in good health, the stress of being Stalin's main assistant in both the massive bureaucracy of the Communist Party and the attempt to restore ideological orthodoxy, combined with anxiety about his son Iurii, led to his death in 1948.

"Boterbloem's scholarship is sound, indeed impressive. He provides comprehensive coverage of both secondary and primary sources in several languages; balanced judgment of sensitive, controversial, and not infrequently contradictory views; and exhaustive knowledge and mining of existing literature on the subject as well as on related issues." N.G.O Pereira, author of White Siberia: The Politics of Civil War