Items related to Behind Valkyrie: German Resistance to Hitler, Documents 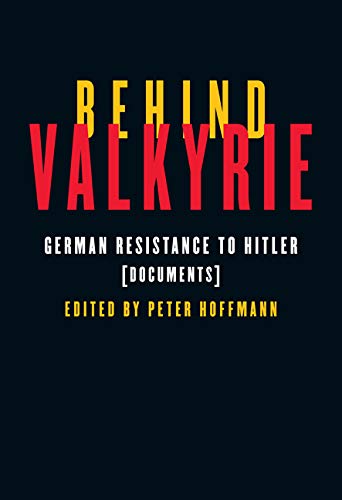 While the "Valkyrie" plot by Nazi officers to kill Adolf Hitler is the best known instance of German opposition to his dictatorship, there were many other significant acts of resistance. Behind Valkyrie collects documents, letters, and testimonies of Germans who fought Hitler from within, making many of them available in their entirety and in English for the first time.

"No one is better equipped to compile a collection of primary source documents on the German resistance to Hitler than Hoffman (McGill Univ.), the unsurpassed master of resistance studies (...) It belongs in all libraries serving students of modern European history. Summing Up: Essential." Choice