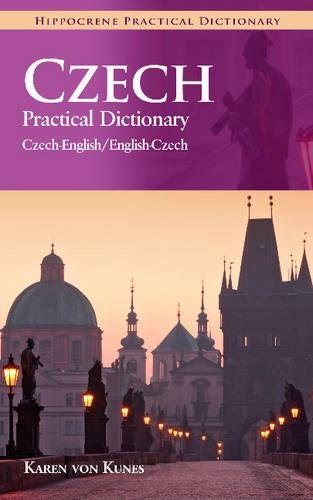 Spoken by over 12 million people worldwide, Czech is an official language of the European Union and is widely recognized for its strong literary value as the native tongue of such notable artists as Milan Kundera, Jaroslav Seifert, and Beach Smetana. This useful dictionary provides businesspeople, travelers, and students with all the words they need to learn and communicate in Czech. Each entry includes practical information on genitive case ending, gender, and pronunciation of nouns and adjectives. It features: alphabet and pronunciation key; concise grammar of the language; and over 42,000 total entries.

Karen von Kunes is an expert on Czech language, literature, and film. She has published scholarly works on contemporary Czech authors such as Milan Kundera and Vaclav Havel and has written several books on Czech language. She developed academic curriucula in Czech at Harvard University, where she taught for 10 years. Currently she is on the faculty of Yale University and is a Fellow of Jonathan Edwards College. She has several new works in progress, and is also the founder of the Czech Language Association.