Items related to A Man on The Moon: 3 Volume Illustrated Commemorative...

A Man on The Moon: 3 Volume Illustrated Commemorative Boxed Set 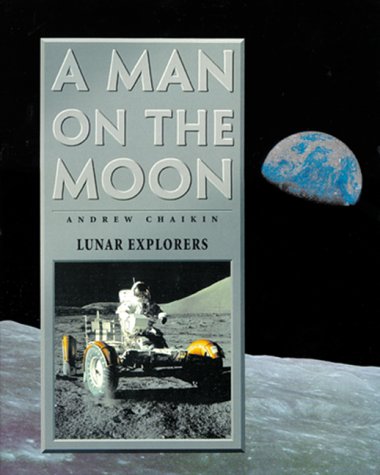 To commemorate the 30th anniversary of the first moon landing, Time-Life Books presents a three-volume illustrated set of the acclaimed work by Andrew Chaikin, A Man on the Moon. Chaikin's definitive account of the Apollo missions is brought to life with more than 500 illustrations and photographs, including some extremely rare or never-before-published photos collected from the archives of NASA, Life Magazine and even the astronauts themselves. The Time-Life edition also contains paintings by Apollo astronaut Alan Bean, commissioned artists' renderings and diagrams of the inner workings of spacesuits and rockets. The three-book commemorative set is showcased in a beautifully illustrated 4-color slipcase. Included in the set are:

A decade in the making, this book is based on hundreds of hours of in-depth interviews with each of the twenty-four moon voyagers, as well as those who contributed their brain power, training and teamwork on Earth. In his preface Chaikin writes, "We touched the face of another world and became a people without limits."

What follows are thrilling accounts of such remarkable experiences as the rush of a liftoff, the heart-stopping touchdown on the moon, the final hurdle of re-entry, competition for a seat on a moon flight, the tragic spacecraft fire, and the search for clues to the origin of the solar system on the slopes of lunar mountains. --Therese Littleton

1. A Man on The Moon: 3 Volume Illustrated Commemorative Boxed Set

3. A Man on the Moon: One Giant Leap/the Odyssey Continues/Lunar Explorers