Items related to Ultimate X-Men Vol. 11: The Most Dangerous Game 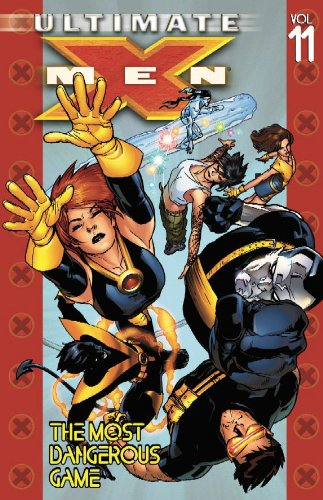 It's the ultimate reality show as mutants convicted of capital crimes are released on an island where contestants hunt them down. Longshot has survived longest, and the X-Men are sent to rescue him - until they become part of the game themselves! With one of their teammates a captive on the island of Krakoa, the malevolent media mogul called Mojo demands the X-Men return Longshot to his headquarters or Angel will soon have a harp to go with his wings! Meanwhile, does Longshot have a "Dazzling" not-so-secret admirer? Collects Ultimate X-Men #54-57.