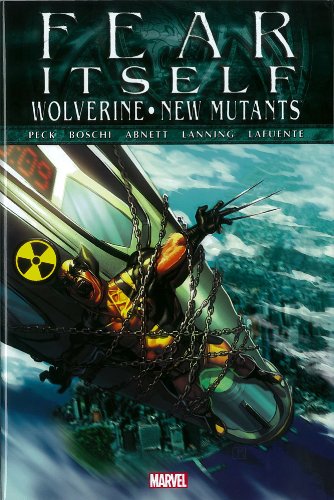 Amidst the unstoppable force of Fear Itself tearing through New York City, Wolverine and his girlfriend, Melita Garner, find themselves having to make hard decisions in order to do what they do best. The British intelligence-turned-mercenary black ops group STRIKE has taken advantage of the chaos and activated sleeper agents for one final, deadly mission. It's up to Wolverine to stop them, but in leaving Melita to report from the ground, will his choice prove fatal? Plus: the New Mutants fight the scariest beings you never knew existed! The events of Fear Itself aren't confined to our reality, so when strange forces take Hel over from its ruler Hela, it's up to Moonstar to fulfill her role as Valkyrie and save the day. Her teammates are afraid of what will happen if Dani does this alone, but will they abandon the X-Men as Juggernaut destroys San Francisco?