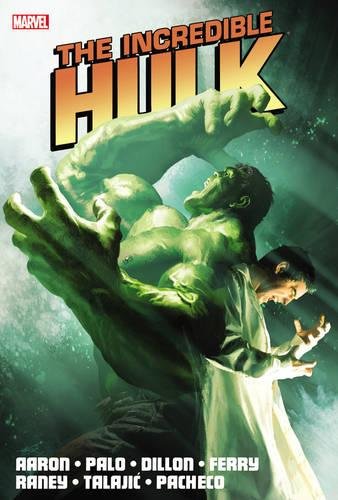 It's the strangest, smashing-est Hulk yet! The green goliath discovers that to remain himself - and prevent the diabolical Dr. Banner from re-emerging - he must STAY ANGRY! The Hulk picks fights against drug cartels, sea monsters, Russian super-soldiers and a lost city of Sasquatches - oh, and the Punisher, Kraven the Hunter, Wolverine and the Thing! But when Banner's devious master plan is revealed, and Dr. Doom returns, it's a monumental day of reckoning for both Hulk and Banner! Hulk wants a piece of Doom, Banner plays an endgame of his own, and it all leads to an explosive conclusion!

Steve Dillon began drawing comics for Marvel U.K. but became best-known for his work on 2000AD and then his collaborations with Garth Ennis on Hellblazer and Preacher.