Items related to The Timechart History of the World: Over 6000 Years...

The Timechart History of the World: Over 6000 Years of World History Unfolded (Timechart series) 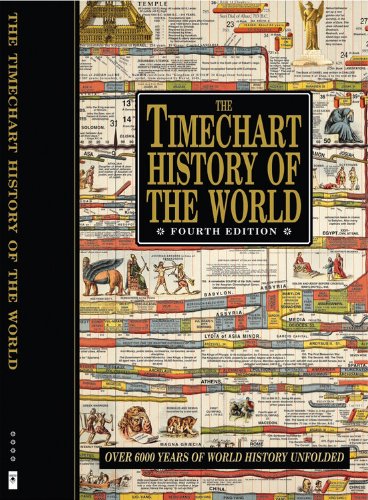 The timechart is based on an original Victorian wall chart, published in 1890. It follows the entire history of mankind and shows what was happening concurrently around the world with illustrations of many major events, discoveries and prominent people. While maintaining the Victorian design, the chart has been updated and extended so that the time stream continues into the twenty first century, right up to the present day. There are maps and charts, and on the reverse of the timechart there is a vast store of extra information on the different nations' rulers and dynasties.

Dave Gibbons has over 40 years' experience in the comic book industry. He has done many books for DC Comics and was the artist for the bestselling series, The Watchmen. He was an early adopter of computer design and still has a tremendous reputation with hand drawn fans. He is credited as being the right-hand-man to Alan Moore in bringing comic books out of the world of children and into the lurid mainstream. A venerable name in comics indeed, he was awarded the first Comics' Laureate in 2014.

1. The Timechart History of the World: Over 6000 Years of World History Unfolded (Timechart series)

2. The Timechart History of the World: Over 6000 Years of World History Unfolded (Timechart series)