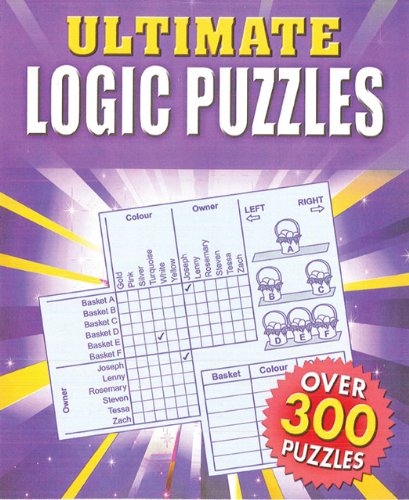 Logic puzzles offer an enjoyable way of exercising those little grey cells. If you pride yourself on attention to detail and the ability to think your way around problems, this compilation of over 300 classic logic puzzles will not disappoint.

Ultimate Logic Puzzles is perfect for long car rides or hours on a plane with its oversized, spiral-bound format and easy-to-read print. This book of brain teasers provides hours of smart and challenging entertainment and makes an ideal gift for fans of problem solving and puzzles. Each puzzle contains a new scenario and a few clues for solving the corresponding logic grid.

Here are the first puzzle’s question and clues, which are followed by the logic grid:

Sailing By
The picture below shows four leading vessels in a single-handed yacht race, which are approaching the finishing line. Can you match the position (A to D) of each yacht to the name of the man sailing it, together with his age and usual job when not sailing?