Items related to Coming Out of the Ice

Victor Herman Coming Out of the Ice

Coming Out of the Ice 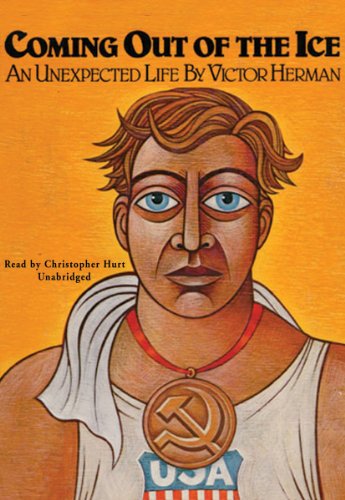 Victor Herman was born in America and moved to the Soviet Union with his family at the age of sixteen. There, he became a celebrity for his flying and world-record breaking parachute jumps. In 1938, he was thrown into Soviet prison, where he survived for eighteen years. After Stalin's death he was "pardoned" and, in 1976, after much effort, was finally allowed to return to America. His family joined him in 1978. They live in Michigan.

Victor Herman, together with his sisters and Russian-born parents, goes to the Soviet Union to establish an auto factory for Ford Motor Company, becomes the "Lindbergh of Russia," is imprisoned and tortured under Stalin, and ends up in Siberia. After 45 years in Russia, Herman returns to the United States to tell his tale. Hurt narrates Herman's stream-of-consciousness autobiography through trials, tribulations and survival under the harshest conditions. As the narrative jumps from scene to scene and different periods of time, Hurt manages to keep track of the setting and appropriate accents, lessening the discontinuity of the story. M.B.K. (c)AudioFile, Portland, Maine

1. Coming Out of the Ice