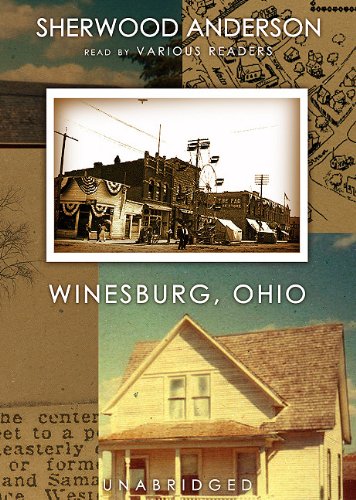 This timeless collection charted a new stylistic path for modern fiction. Through twenty-two connected short stories, Sherwood Anderson looks into the lives of the inhabitants of a small town in the American heartland. These psychological portraits of the sensitive and imaginative of Winesburg's population are seen through the eyes of a young reporter-narrator, George Willard. Their stories are about loneliness and alienation, passion and virginity, wealth and poverty, thrift and profligacy, carelessness and abandon. With its simple and intense style, Winesburg, Ohio evokes the quiet moments of epiphany in the lives of ordinary men and women. Though its reputation once suffered, Winesburg, Ohio is now considered one of the most influential portraits of pre-industrial small-town life in the United States. In 1998, the Modern Library ranked it twenty-fourth on its list of the 100 best English-language novels of the twentieth century, and it continues to be read widely both in and out of classrooms around the country.

Sherwood Anderson (1876-1941) was born in Camden, Ohio. Largely self-educated, he worked at various trades while writing fiction in his spare time. For several years he worked as a copywriter in Chicago where he became part of the Chicago literary renaissance. As an author, he strongly influenced American short-story writing, and his best-known book, Winesburg, Ohio (1919), brought him recognition as a leader in the revolt against established literary traditions.

Sherwood Anderson provides a voyeuristic look into the lives of small-town folks in 1919. Each of the 23 stories in this classic can stand alone, but all come together, as well, demonstrating how one life affects so many others. Townspeople are seen through the eyes of writer-reporter George Willard, either directly through his observations, or indirectly. The variation in narrators can be distracting, although all but one are exceptional. Also, the dialogue portions of each vignette are handled by a performer different from the narrator for the non-dialogue portions of the vignette, and this continual shifting of voices also detracts from the flow of the story. The performance is nicely packaged, though, with appropriate theme music between each of the 23 chapters. All told, a touching collection. H.L.S. © AudioFile 2005, Portland, Maine-- Copyright © AudioFile, Portland, Maine