Items related to The Havana Room 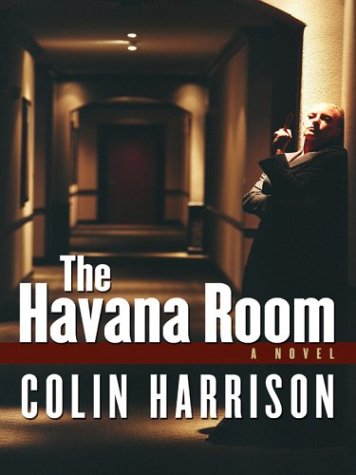 Colin Harrison's riveting new thriller tells the story of a man who falls from the heights of power and wealth in New York City, and finds himself quickly entangled in a potentially lethal state of affairs. . . . Bill Wyeth is a real estate attorney in his late thirties who has it all, then loses everything. Within weeks, Wyeth is unmoored and alone, drifting toward the city's darker corners.

"[Harrison] Is A Master Of Mood And Atmosphere."-The New York Times
Bill Wyeth is a rising real estate attorney living the lofty heights of success. Then, a tragic accident claims everything he has: his family, his fortune, his Park Avenue apartment, and his career. But this is Manhattan. Bill has much further to fall. And tonight, it's by invitation only...

"Terrifying But Hugely Entertaining." -People
It's a private lounge nestled in the back of a midtown steakhouse, and Bill's the guest of its dangerously sexy owner, Allison Sparks. She needs a personal favor from him-to engineer a midnight trade-off in a shady multi-million-dollar real estate deal. For a man with nothing left to lose the set-up is too lucrative to refuse, and like Allison, too forbidden to resist.

"An Elegantly Crafted Thriller You Won't Want To Put Down." -The Washington Post
Bill is pulled into a nightmarish mystery-of a man found dead on the frozen grounds of a desolate Long Island farm; of a teenage girl stalked with unwavering obsession; of a psychotic rap impresario with a bent for the violent and bizarre; and of Allison herself, whose own
secrets have trapped an innocent man in the private hell of the Havana Room.

"The Havana Room has the raw, scathing commentary of The Bonfire of the Vanities and the pacing of The Firm, all rolled into one terrific read. This is Colin Harrison's best book yet." -Vince Flynn, author of Executive Power

Colin Harrison is the author of five novels, including Manhattan Nocturne and Break and Enter. He lives in Brooklyn, New York, with his wife, writer Kathryn Harrison, and their three children.