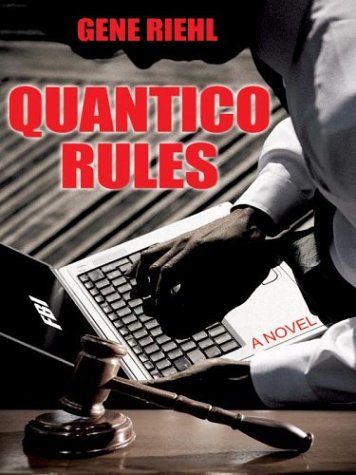 As an FBI agent Monk's job is to investigate the background of Judge Brenda Thompson, a presidential nominee to the Supreme Court and the first African-American woman to be nominated for this high office. The Judge's history appears flawless, until a seemingly innocent statement turns out to be anything but. Suddenly Monk and agent Lisa Sands are propelled down a trail of corruption and murder that leads to the top of the government, to the very heart of the constitution, and to a face-off with a brutal killer.

"Full of high-tension, intrigue...a thriller that is good till the last page." --Michael Connelly, bestselling author of Lost Light and City of Bones

In Washington Politics
FBI agent Puller Monk's Special Inquiries (SPIN) team pulled what looked like an easy assignment: the background check of the highly respected first African American woman candidate for the Supreme Court. But what was supposed to be a routine turned into his worst nightmare when the lies surfaced -- and the bodies started to pile up.

Honesty Can Get You Killed
The President wants the candidate. Monk's boss wants results. An assassin wants to bury the truth. Suddenly, Monk and his agent Lisa Sands are caught in a deadly maze of lies and betrayal that leads them to corruption at the highest levels of government -- and a power-hungry killer who's gone too far to let them get in the way.

"The author, a former FBI agent, writes like a pro, and this is one of those thrillers you genuinely wish wouldn't end... Further Monk adventures aren't just welcome; they're absolutely necessary." -Booklist (starred review)

1. Trust your instincts
2. Know your options
3. Lure your enemy to you
4. Strike fast, strike first
5. When all else fails...make your own rules

Book Description Thorndike Press, 2004. Condition: Good. 1st Edition. Ships from Reno, NV. Former Library book. Shows some signs of wear, and may have some markings on the inside. Seller Inventory # GRP93628641

Book Description Thorndike Press, 2004. Condition: Good. A+ Customer service! Satisfaction Guaranteed! Book is in Used-Good condition. Pages and cover are clean and intact. Used items may not include supplementary materials such as CDs or access codes. May show signs of minor shelf wear and contain limited notes and highlighting. Seller Inventory # 0786261366-2-4

Book Description Thorndike Press, 2004. Library Binding. Condition: Good. Connecting readers with great books since 1972. Used books may not include companion materials, some shelf wear, may contain highlighting/notes, may not include cdrom or access codes. Customer service is our top priority!. Seller Inventory # S_274212254