Items related to Parade of the Dead

Parade of the Dead 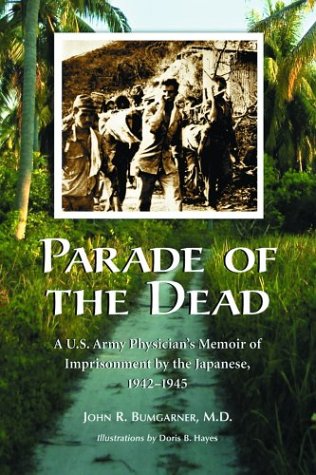 “The grisly procession of dead had grown alarmingly...men who had endured the terrible ordeal of Bataan, who were 10,000 miles from home, and who then died in the most miserable conditions. For me, as a doctor, the most distressing thought was that they could have been saved, almost without exception, by proper diet and medical care.” Imprisoned by the Japanese in 1942, Lieutenant John Bumgarner, U.S. Army Medical Corps, attempted to care for the survivors of the Bataan Death March. A lack of medical supplies, coupled with poor diet and unsanitary living conditions, made the task virtually impossible. Dr. Bumgarner was imprisoned until the Japanese surrender in 1945, all the while attending to his fellow prisoners of war who often had little chance of survival. His powerful story is a strong reminder of the brutality of war and captivity.

The late John R. Bumgarner, M.D., was also the author of Sarah Childress Polk (1997) and The Health of the Presidents (1994). He lived in Greensboro, North Carolina.

"an interesting and edifying read...informative"--Military; "their will to live, the toughness of the human spirit and their dedication...should be an inspiration to all"--Virginia Medical Quarterly.

4. Parade of the Dead