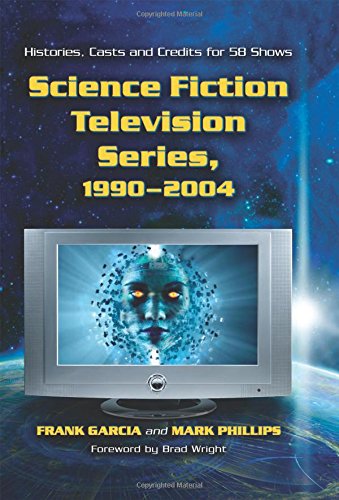 This is a detailed examination, from creation to cancellation, of 58 science fiction television series produced between 1990 and 2004, from the popular The X-Files to the many worlds of Star Trek (from The Next Generation onward), as well as Andromeda, Babylon 5, Firefly, Quantum Leap, Stargate Atlantis and SG-I, among others. A chapter on each series includes essential production information; a history of the series; critical commentary; and amusing, often provocative interviews with more than 150 of the creators, actors, writers and directors. The book also offers updates on each series' regular cast members, along with several photographs and a complete bibliography.

Frank Garcia is a science fiction media journalist. His work has appeared in Cinefantastique, Filmfax, Starlog, Video Watchdog and other publications. He lives in Vancouver.

Mark Phillips is a Canadian correspondent for the New York based magazine Starlog. He has also written articles for magazines such as Cinefantastique, Filmfax, Outre and Britain s TV Zone. He lives in Victoria, Canada.