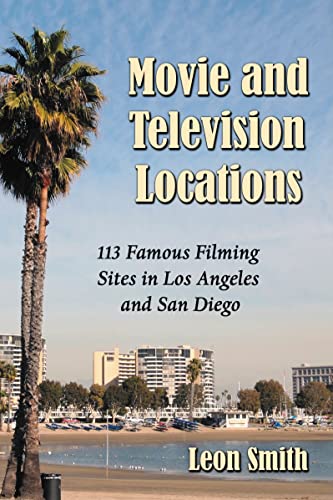 It is often said that the greater Los Angeles area is the largest movie set in the world, and if a person lives there long enough their home or street will probably be featured in a film or television show. The tourism industry in Tinseltown is huge business, with thousands of devoted fans each day flocking to see just where their favorite star's blockbuster was filmed. This work documents locations used in over 335 motion pictures and 86 television series filmed in Los Angeles and San Diego. The locations were identified and verified after an extensive review of films, video tapes, site photographs, and personal interviews with film industry personnel. Included are synopses of the motion pictures and television series cited; an exhaustive index provides instant access to names, places, monuments, landmarks, film studios, film titles and television titles.

Leon Smith, a retired police detective, began research for this work in the early 1950s. This is a follow-up to his earlier Famous Hollywood Locations (1993; no films or television shows are repeated from that work). He lives in California.