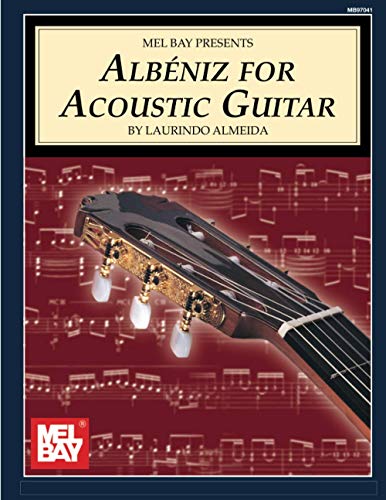 The international acclaim of audiences and critics alike established Laurindo Almeida as one of the world's truly great concert guitarists. With these transcriptions of Isaac Albeniz' unique piano compositions, he takes the guitar to new heights. These pieces illustrate Almeida's skill as a transcriber and arranger for the guitar. Each work is presented first in standard notation followed by a tablature version. Technical notes addressing specific problem areas accompany each piece. Selections include: Sevilla; Danza Espanola No. 3 (Serenata Andaluza); Leyenda; Malaguena; Tango; Cadiz (from "Suite Espanola"); and Zambra Granadina. Text is in English and Spanish.