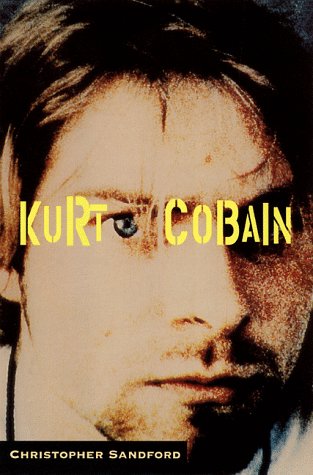 Here is the disturbing saga of success and corruption, of one man and the band Nirvana, touted as the "ultimate rock and roll morality story." Neither an apology nor a condemnation, this book presents an insider's view of the life and death of a man who galvanized a generation and gave birth to the "grunge" revolution. of photos.

Too many rock books--particularly those about the recently, luridly dead--are hastily assembled from clippings and feature only the most superficial assessment of the artist and music in question. It's a pleasure to report, then, that veteran music journalist Christopher Sandford has produced a solidly researched and coherently argued portrait of Nirvana's front man. The author doesn't flinch from the ugly aspects of Kurt Cobain's personality and lifestyle, nor is he wholly admiring of the music. This critical perspective ultimately makes Cobain more human and his 1994 suicide more tragic.

Christopher Sandford turned to writing biographies after careers in public relations, sports journalism and fiction writing. He lives with his family in Seattle and Andorra.