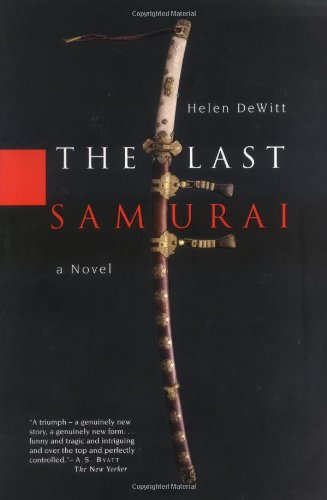 This is the story of a single mother, Sibylla, who comes from a long line of frustrated talents, and her son Ludo, who just happens to be a genius. Obsessed with the film The Seventh Samurai, she makes it a running backdrop to Ludo's childhood. At five Ludo learns ancient Greek, reading Homer as they travel round and round on the London Underground, teaches himself Hebrew, Arabic, Inuit, probability theory, astronomy, and is moving on to Japanese when he decides to embark on the search for his father?preferably the perfect father in the heroic mould, or at the very least, one with samurai virtues. He is bound for disappointment, and to find out more than he needs about his mother's shaky past. And at the heart of this completely delightful, captivating novel is the boy's changing relationship with his mother?contradictory, touching, and tender.

Full of linguistic pyrotechnics, fabulous learning, philosophy, science, and the workings of a brilliant mind, this is a must-read novel for everyone who relishes language, extravagant ideas, game theory, science, parenthood, not to mention Kurosawa's cinematic masterpiece.

“An original work of brilliance about, in part, the limits of brilliance. And in literature, as in life, DeWitt understands that what we like most of all is a good yarn.” — Time

“Witty, wacky, and endlessly erudite…DeWitt assembles everything from letters of the Greek alphabet to Fourier analysis to tell the tale of a boy prodigy, stuffed with knowledge beyond his years but frustrated by his mother’s refusal to identify his father.” — Kirkus Reviews

“Entirely engaging.... I was strangely empowered by its message.” —Peter Oliva, The Globe and Mail