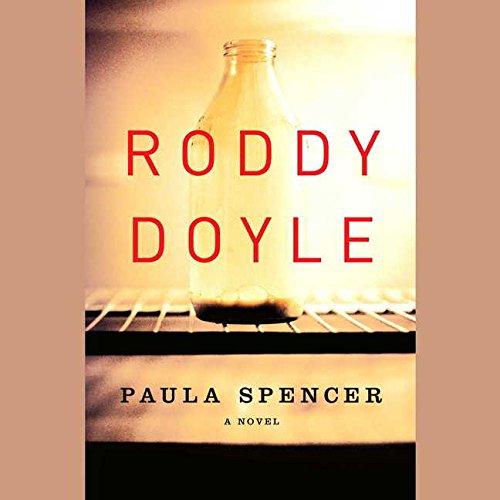 Paula Spencer begins on the eve of Paula's forty-eighth birthday. She hasn't had a drink for four months and five days. Having outlived an abusive husband and father, Paula and her four children are now struggling to live their adult lives, with two of the kids balancing their own addictions. Paula rebuilds her life slowly. As she goes about her daily routine working as a cleaning woman, and cooking for her two children at home, she re-establishes connections with her two sisters, her mother, and grandchildren, expanding her world. Doyle has movingly depicted a woman, both strong and fragile, who is fighting back and finally equipped to be a mother to her children.

Roddy Doyle is an Irish novelist, dramatist, and screenwriter. He is a recipient of the Irish PEN Award for Literature, and his novel Paddy Clarke Ha-Ha won the Man Booker Prize in 1993. Several of his books have been made into successful films, beginning with The Commitments in 1991.

It is a tale of intimate personal struggle, and it is told superbly...Paula Spencer is neither gloomy nor glib. It is not patronizing or falsely melodramatic. Instead it brims with compassion and acuity as Mr. Doyle shines a light on a supposedly ordinary life, tenderly illuminating its extraordinary contours.

Doyle's depiction of a seething home life is penetrating, and Paula, as she patches a self together from remnants, emerges as an inspiring heroine without a hint of smarminess.

Paula's inner life lacks subtler shades, and her outer life is full of tiring work, abstinence from liquor, and family. These aren't elements that automatically make for a have-to-read novel, but in this wholly and vividly imagined case, they do.

Doyle is masterful at setting up the battles as Paula takes each day at a time. His dialogue, thick with Dublinese, expertly evokes the working-class Irish milieu. Although the third-person narration will make some readers miss Paula's voice, this is Paula's story-and it's grand.