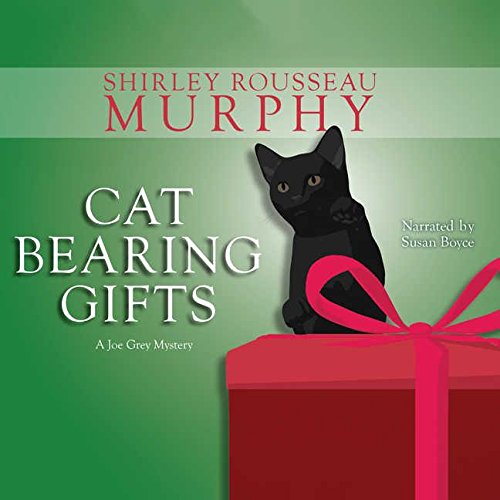 A car crash, a missing treasure, a dead thief, and a suspicious blond divorcee have feline PI Joe Grey and his four-legged cohorts clawing for justice in this lively new entry in the beloved, award-winning series.

Kate Osborne, a divorcee, reappears with a fortune and a strange story about how she obtained it. Meanwhile, a terrible car crash involves tortoiseshell Kit and her elderly housemates, Lucinda and Pedric Greenlaw. The accident is terrifying enough, but then two mysterious men steal the car-and the secret treasure hidden inside its doors. When one of the thieves ends up dead, Joe must discover if the events are connected-and why. With the investigation in trouble, will they find the killer ... or be left chasing their tails?

On the twisting road home from San Francisco, tortoiseshell Kit and her elderly housemates, Lucinda and Pedric Greenlaw, are hurt in a terrible car crash. The accident is terrifying enough, but then two dangerous men steal the Greenlaw's town car, making off with a hoard of jewels and gold carefully hidden in the car. As paramedics rush the Greenlaws to the emergency room, a badly shaken Kit hides from hungry coyotes, waiting for Joe and their human friends to rescue her.

Back home in Molena Point, Joe Grey and his tabby lady prowl an abandoned stone cottage where they've discovered two rough-looking men hiding. Determined to help the Greenlaws, Kit follows the two housebreakers: one badly injured, the other eager to end his partner's misery in order to make off with more wealth than he realizes. But the cats' investigation is in trouble as they claw their way to the truth, hoping that tomcat Misto and his unfailing memory might provide some answers to their questions.

Shirley Rousseau Murphy is a noted children's book author who has received several Dixie Council of Authors and Journalists Awards. She is also the author of the popular Joe Grey mystery series for adults, for which she has received nearly a dozen national Cat Writers' Association Muse Medallions. She and her husband live in Carmel, California, where they serve as full-time household help for two demanding feline ladies.