Items related to After Tears 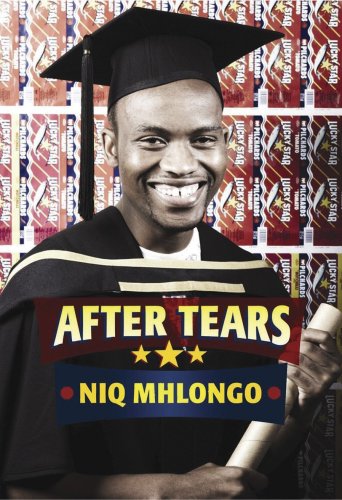 After flunking his law studies at UCT, he now has to find a way to either admit the truth to his family, or somehow find a job that will allow him to continue fooling them. Soon after his arrival back home in Soweto he meets up with a Nigerian guy named Yomi who promises to help him solve all his problems. What should Bafana do? Should he bite the bullet and confess the truth to his mother and uncle, or should he rather take up Yomi’s suggestion to buy a law degree and start practicing as an attorney? A piercingly funny yet poignant novel by the author of Dog Eat Dog.

NIQ MHLONGO was born in 1973 in Soweto. He has a BA from the University of the Witwatersrand, with majors in African Literature and Political Studies. His first novel, Dog Eat Dog, was published by Kwela in 2004 and was translated into Spanish under the title Perro Come Perro in 2006. This Spanish edition was awarded the Mar des Lettras prize. Besides writing novels and short stories, Niq has written a screenplay for the animated children’s TV series Magic Cellar and scripts for a comic magazine called Mshana, the first issue of which appeared in February 2007.

“Niq Mhlongo is one of the most high-spirited and irreverent new voices of South Africa’s postapartheid literary scene.”
― Rachel Donadio, New York Times

“A uniquely South African story, told in a fast, hip, and happening style that is synonymous with Soweto, where the author’s witty, dodgy, plain and simple characters play out their daily drama.”