Items related to The Vulnerability of Empire (Cornell Studies in Security...

The Vulnerability of Empire (Cornell Studies in Security Affairs) 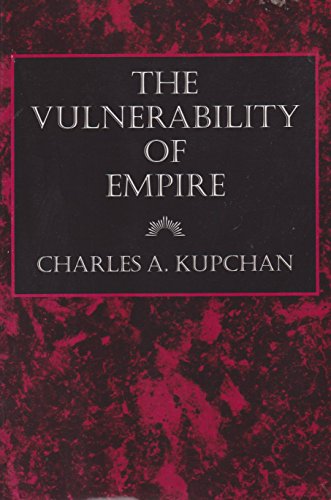 "Why do states sometimes adopt prudent policies in response to power shifts in the international system, while at other times they engage in imprudent and, ultimately, self-defeating behavior? . . . Based on case studies of the international behavior of Britain, France, Japan, Germany, and the United States, [this book] argues that the answer has much to do with 'perceptions of vulnerability.' . . . The Vulnerability of Empire is an important contribution to military security and foreign policy studies. Kupchan does an admirable job of integrating systemic, domestic, and cognitive variables to arrive at an explanation of his own."--American Political Science Review

Charles A. Kupchan is Senior Fellow for Europe at the Council on Foreign Relations. He has taught at Princeton University.

1. The Vulnerability of Empire (Cornell Studies in Security Affairs)