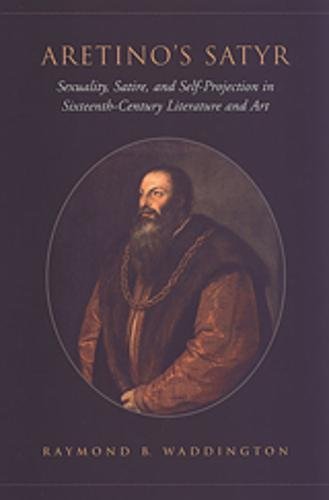 Pietro Aretino's literary influence was felt throughout most of Europe during the sixteenth-century, yet English-language criticism of this writer's work and persona has hitherto been sparse. Raymond B. Waddington's study redresses this oversight, drawing together literary and visual arts criticism in its examination of Aretino's carefully cultivated scandalous persona - a persona created through his writings, his behaviour and through a wide variety of visual arts and crafts.

In the Renaissance, it was believed that satire originated from satyrs. The satirist Aretino promoted himself as a satyr, the natural being whose sexuality guarantees its truthfulness. Waddington shows how Aretino's own construction of his public identity came to eclipse the value of his writings, causing him to be denigrated as a pornographer and blackmailer. Arguing that Aretino's deployment of an artistic network for self-promotional ends was so successful that for a period his face was possibly the most famous in Western Europe, Waddington also defends Aretino, describing his involvement in the larger sphere of the production and promotion of the visual arts of the period.

Aretino's Satyr is richly illustrated with examples of the visual media used by the writer to create his persona. These include portraits by major artists, and arti minori: engravings, portrait medals and woodcuts.

Raymond B. Waddington is a professor emeritus in the Department of English at the University of California, Davis.