Items related to Are You Mine?

Frucht, Abby Are You Mine? 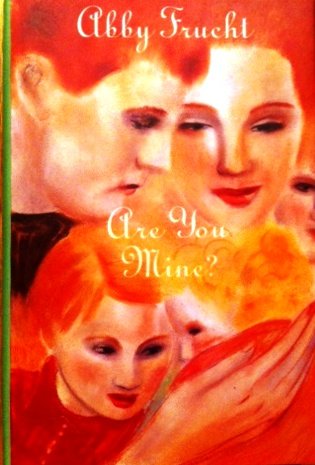 Charts the sometimes troubling, sometimes amusing relationship of a young Midwestern couple, Cara and Douglas, as they grapple with problems of family, intimacy, and love and struggle toward a mutual understanding

Frucht (Snap, Fruit of the Month--both 1988) gives the ``Gift of the Magi'' a contemporary spin as she unevenly limns a very 1990's marriage. The setting is a Middle American town small enough for characters to walk to work but big enough to provide well-paying jobs for the protagonists, husband Douglas and wife Cara--which means that the couple, who love each other very much, as well as their son Georgie and dog Kato, can then spend most of their time with their feelings and each other. Life is all sweetness and light as Douglas does his radio broadcasts and Cara intermittently works at her part-time counseling job; and since they take themselves very seriously, ``they send money to all the right places, never gripe about taxes, and turn off the lights when they leave a room.'' A second pregnancy, graphically described, produces young Max, and Cara feels the family is complete--but 18 months later, Cara is pregnant again. This time, the pregnancy raises all the big questions and emotions that, with supportive husband Douglas, Cara fully addresses. While the debate is conducted with a moving sensitivity, Cara does go on and on--which undercuts the impact of her ultimate choice. After a decision is made, though, a foolish lie precipitates a temporary rupture in the marriage--just as Douglas and Cara (each unbeknownst to the other) have undergone sterilization (``the fear and apprehension and worry'' would be forever lifted). But this is happy-ending country: by the close, the couple become reconciled and reveal just what it is they've done for each other. A moving and thoughtful handling of difficult issues by characters unfortunately more conventional than substantial. And the ending is just too cute, too slick--more a neat solution than a cosmic sacrifice. -- Copyright ©1993, Kirkus Associates, LP. All rights reserved.

Frucht ( Snap ), an accomplished novelist and short-story writer, offers wit and substance in this, her third book. The novel concerns family happiness--and the hazards that life presents to it. She sets and keeps a terrific comic pace that is never only comic, beginning with the very beginning, in which Douglas, young husband of Cara, makes love to a woman he barely knows after an even younger man abruptly dies in the act. The note struck early is struck throughout: love is a mortal risk, though with a touch of the absurd in it. Frucht follows Cara and Douglas, already the parents of two children, on the voyage of discovery brought on by her unplanned third pregnancy and the moral dilemmas this suggests: whose choice is it, anyway, to have a child or decide against it? Who pays the psychic price for an abortion? How is a marriage changed by a man's determination to have a vasectomy? Frucht considers these and other questions without insisting on simple resolutions; her novel is full of real-life conflicts that yield richness. The power of the prose is its humor and its energy, swelling up around characters who very quickly grow close to us. Grove will simultaneously release the paperback edition of Frucht's second novel, Licorice . Author tour.
Copyright 1993 Reed Business Information, Inc.

Book Description Condition: New. Sensitively and perceptively charts the sometimes troubling, sometimes amusing relation of a young Midwestern couple, Cara and Douglas, as they grapple with problems of family, intimacy, and love and struggle toward a mutual understanding. Seller Inventory # 9780802115393