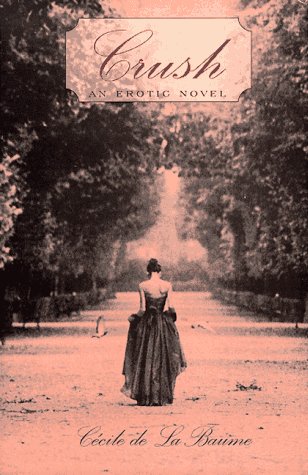 Amelie is thirty years old, the haute-bourgeoise wife of a distant husband and model mother of two picture-perfect daughters. One evening in a service station on the outskirts of the Bois de Boulogne, David drives into her life. Twenty years her senior, darkly handsome and almost embarrassingly virile, he is a suave filmmaker, a confirmed bachelor, and the perfect match for the perfect affair - but one with a twist. Anything but the conventional lonely wife, Amelie isn't looking for love; but she does find she's hungry for pleasure. Capricious, snobbish, and sometimes deceitful, she brings to the affair the same fastidious care and controlled affection that she brings to her choice of hats. Just what David thought he had in mind - until he falls in love with her.

"A little book that astonishes, by the fierceness of its outlook, the rawness of its tone. Quirky...and immoral."--Magazine Litteraire

"A play-by-play of a married woman's affair--from first kiss to last groan--leaving absolutely nothing to the imagination."--W

"Lots of explicit sex and atmospherics--from the markets of Marrakech to salad lunches with girlfriends at Cafe Flore--enliven this sexy...series of bedroom escapades."--Publishers Weekly

Cecile de La Baume was born in New York in 1960 and currently lives in Paris. Crush is her first novel.