Items related to The Boyfriend 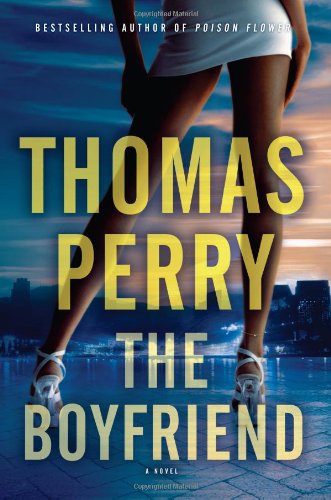 Jack Till, who has retired from the LAPD after a respected career as a homicide detective, now works as a private investigator, comfortable chasing down routine cases while visiting his 24-year-old daughter, Holly, who has Down Syndrome. But when the parents of a recently murdered young girl, about Holly's age, ask for his help when the police come up empty, Till reluctantly takes the case.

It was discovered after her death that the victim had been working as a high-class prostitute, and the police are content to assume she was killed by a client, common in such a dangerous line of work. Yet as Till digs deeper, he realizes that the victim is just one of several young female escorts killed in different cities in the exact same way – all had strawberry blonde hair, and all were shot with a 9mm handgun in the sanctity of their apartments.

Till must find his way around the tawdry and secretive online escort business, and decode ads placed by young women who all use false names, sometimes advertise using other women's pictures, and move from city to city every few months. Yet when Till is finally able to catch up with the killer, he finds that the man he's after is far more dangerous and volatile than he ever could have imagined. As the body count rises, Till must risk his life to find this seductive and ruthless killer whose murderous spree masks a far deadlier agenda.

Thomas Perry, noted for his sophisticated and humorous suspense novels, has written 21 novels, many national bestsellers, including The Butcher’s Boy, which won the Best First Novel Edgar award, and the celebrated Jane Whitefield series.

"Perry is a marvelous plotter, and he builds suspense with all the subtlety of a master chef nursing a risotto to a buttery perfection. It's nothing new to call Perry a master of the genre, but it's no less true for being widely acknowledged." Booklist (starred review)

"[A] highly original and clever thriller. . . .Perry again proves himself a master stylist and plotter, as he effortlessly builds suspense and delves deeply into his characters." Publishers Weekly (starred review)

"While there is plenty of action and tension here (indeed, it may well be Perry’s best book to date), it is the moments that Till spends with his daughter—in person and across the miles—that make The Boyfriend a memorable book and give rise to a heartfelt demand that we see more of Till sooner rather than later." Bookreporter

"The strength of the psychological drama lies in Mr. Perry’s capacity to develop his characters. Perry has turned out another riveting mystery." Washington Times

"Perry launches another excellent series. . . . The pacing is rapid, Till is an intrepid hero, and the ending is satisfying." Library Journal

"Perry's prose is perfect. The Boyfriend is a model for thriller writers and one that should reinforce the reputation of the author of The Butcher's Boy and The Informant. If you haven't read anything by Thomas Perry, you're in for a delightful surprise." Huntington News

Book Description Mysterious Press, New York, Ny, 2013. Hardcover. Condition: New. Dust Jacket Condition: New. 1ST. An Outstanding Copy - Signed By The Author On The Title Page. Signature Only. A First Edition, First Printing. Book Is In Fine Condition. Boards Are Clean, Not Bumped. Fore Edges Are Clean. Interior Is Clean And Legible. Not Remaindered. Dust Jacket Is In Fine Condition. Not Chipped Or Crinkled. Not Price Clipped. Dust Jacket Is Covered By Mylar Brodart. Thanks And Enjoy. Signed by Author(s). Book. Seller Inventory # 012510