Items related to The Death Catchers 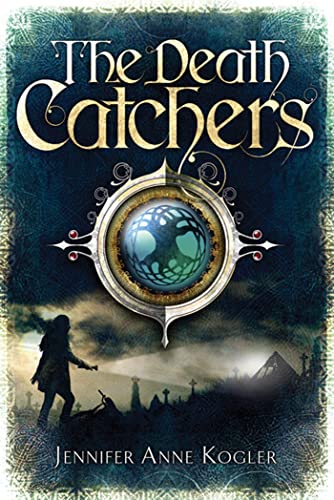 On her fourteenth Halloween, Lizzy Mortimer sees her first death-specter.

Confused at first, Lizzy soon learns from her grandmother Bizzy that as Death Catchers, they must prevent fate from taking its course when an unjust death is planned-a mission that has been passed down from their ancestor, Morgan le Fay. Only, Lizzy doesn't expect one of her first cases to land her in the middle of a feud older than time between Morgan le Fay and her sister Vivienne le Mort. Vivienne hopes to hasten the end of the world by preventing Lizzy from saving King Arthur's last descendant-humanity's greatest hope for survival. It's up to Lizzy, as Morgan's earthly advocate, to outwit fate before it's too late.

With its unique spin on Arthurian legend, this fresh, smartly written story will stand out in the paranormal genre.

JENNIFER ANNE KOGLER is the author of The Death Catchers, The Otherworldlies, Siren's Cry and Ruby Tuesday, which started as her senior thesis at Princeton University. Born and raised in California, she currently attends Stanford Law School.  Visit her at jenniferannekogler.com.

"A creative mix of Arthurian legend, romance, and fantasy . . . Characters are richly developed, particularly Lizzy and her grandmother, and the plot's pacing is pitch-perfect." -Booklist

[A]n effective blend of elegant mythmaking and genial, homey storytelling . . . The romance between Lizzy and Drake is sweet, and the promise for its development in the sequels, along with Drake's future role as king, will surely bring readers back to another visit to Avalon."  -The Bulletin of the Center for Children's Books