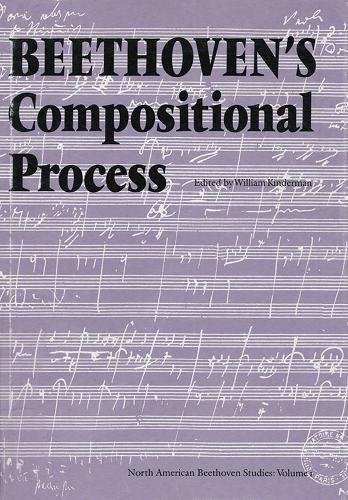 Fresh perspectives on the symphonies and piano concertos of Ludwig van Beethoven are offered in the inaugural volume of North American Beethoven Studies. To be published under the joint auspices of the University of Nebraska Press and the Ira F. Brilliant Center for Beethoven Studies, the volumes in the new series will focus on the life and work, milieu and influence of the great composer.

The first volume, edited by the noted music scholar and pianist William Kinderman, brings together recent studies by leading scholars on Beethoven’s major orchestral, including the first two piano concertos, the Egmont overture, the Missa Solemnis, and several of the symphonies, especially the Third, Fifth, and Ninth. They devote special attention to Beethoven’s creative process by analyzing, in some instances closely for the first time, his numerous surviving musical sketchbooks and loose sketch-leaves. The issues dealt with include Beethoven’s reinterpretation of the composition models of Haydn and Mozart, his working methods in composition, the structural expansion of his symphonic forms, the design of variation movements in his symphonies, and Beethoven’s musical symbolism. Four introductory essays probe the relation between Beethoven’s sketches and the analysis of his finished works; it is a fascinating and controversial undertaking.

The first volume of North American Beethoven Studies illuminates critical issues and challenges traditional interpretations of some of Beethoven’s most celebrated works while avoiding the narrow specialization of some recent scholarship. Future volumes will focus on performance practices, composition, and recording history.