Items related to Arizona Politics and Government: The Quest for Autonomy,... 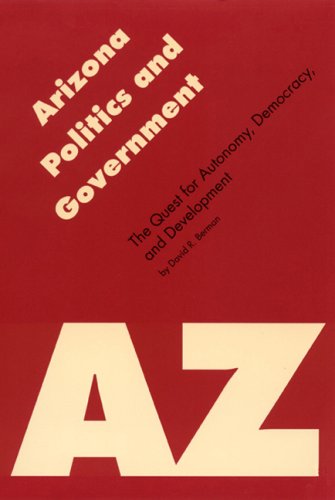 According to Berman, three forces have shaped the history, structure, and present character of Arizona politics: autonomy, the push for democracy, and economic development. Arizonans’ belief in autonomy, derived from the traditional western individualism of settlers, has deeply influenced the role of their government, their views of outsiders, and intergovernmental relations. Concerns about democracy produced several progressive reforms in the early twentieth century, heightened awareness of the dangers of special-interest influence and corruption, and resulted in a long struggle to open the political system. A quest for economic development has been another major force in state politics, becoming especially significant during the last few decades.