Morehouse, Thomas A.; McBeath, Gerald A. 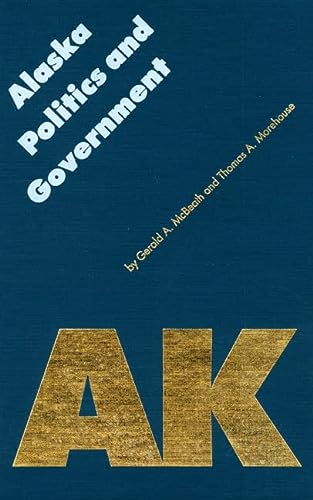 Alaska is the largest and one of the least populated of the fifty states—extremes that create a unique government. Tied together by tiny airports and vast pipelines, the state features abundant natural resources and a remoteness that make it one of the last outposts of the United States, a role that Alaskans savor.

Gerald A. McBeath and Thomas A. Morehouse examine Alaska's character and the forces shaping it. Underlying their descriptions are the themes of independence, dependence, and the search for sustainable economic development. While independence and individualism are well-known attributes of Alaskans and their political process, their experience has also been colored by dependency. Alaska was the last region in the New World colonized by Westerners. It was not organized as a territory until 1912 and did not achieve statehood until 1959, evolving in only one generation from a territory with a weak government to a wealthy state with a powerful system of state and local government.

McBeath and Morehouse describe the workings of Alaska's government: the executive, legislative, and judicial branches, as well as the state's relations with the federal government. The ongoing pattern of federal control and Alaskans' sporadically virulent response to it are emblematic of the tensions between dependence on federal policies and the struggle for equal influence with the other forty-nine states.

Geographic barriers, impeding transportation and communication, have left Alaska's regions, communities, and people separated from one another and from the outside. Yet, as Alaska Politics and Government demonstrates, the ability to deal with Alaska's future challenges is found in the vibrant and resilient character of its land and its people.

This book examines Alaska's character and the forces shaping it. Underlying their descriptions are the themes of independence, dependence, and the search for sustainable economic development.