Items related to Alanis Obomsawin: The Vision of a Native Filmmaker... 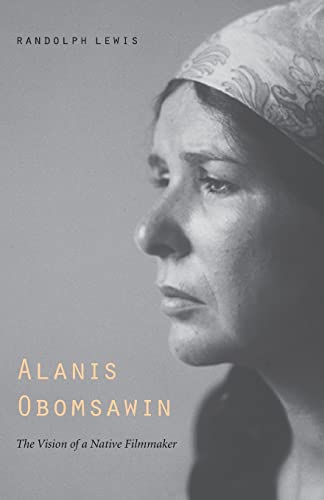 In more than twenty powerful films, Abenaki filmmaker Alanis Obomsawin has waged a brilliant battle against the ignorance and stereotypes that Native Americans have long endured in cinema and television. In this book, the first devoted to any Native filmmaker, Obomsawin receives her due as the central figure in the development of indigenous media in North America. Incorporating history, politics, and film theory into a compelling narrative, Randolph Lewis explores the life and work of a multifaceted woman whose career was flourishing long before Native films such as Smoke Signals reached the screen. He traces Obomsawin’s path from an impoverished Abenaki reserve in the 1930s to bohemian Montreal in the 1960s, where she first found fame as a traditional storyteller and singer. Lewis follows her career as a celebrated documentary filmmaker, citing her courage in covering, at great personal risk, the 1991 Oka Crisis between Mohawk warriors and Canadian soldiers. We see how, since the late 1960s, Obomsawin has transformed documentary film, reshaping it for the first time into a crucial forum for sharing indigenous perspectives. Through a careful examination of her work, Lewis proposes a new vision for indigenous media around the globe: a “cinema of sovereignty” based on what Obomsawin has accomplished.

Randolph Lewis is an associate professor of American Studies in the Honors College of the University of Oklahoma. He is the author of Emile de Antonio: Radical Filmmaker in Cold War America and the co-editor of Reflections on James Joyce: The Paris Journals of Stuart Gilbert.

“Most Americans probably do not know that Canada has an oft-distinguished film industry. . . . Here Lewis goes some way toward redressing this oversight by discussing the career of a documentary filmmaker who is a double rarity: a member of a First Nations tribe (one of the Canadian indigenous peoples) and a woman. . . . Lewis relates the story of this remarkable woman in conventional chronological order, with ample biographical data and a detailed analysis of her oeuvre and its impact on Canadian society. . . . [T]his is a welcome addition to a long-neglected part of cinema literature.” —Library Journal (Roy Liebman Library Journal 2006-04-15)

2. Alanis Obomsawin: The Vision of a Native Filmmaker (Paperback or Softback)

4. Alanis Obomsawin - The Vision of a Native Filmmaker

9. Alanis Obomsawin: The Vision of a Native Filmmaker

10. ALANIS OBOMSAWIN: THE VISION OF