Items related to A Thousand To One

Rosemary Aubert A Thousand To One

A Thousand To One 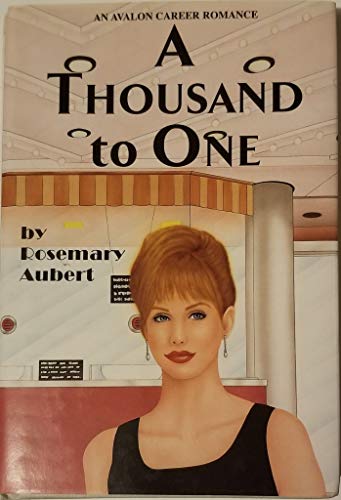 A Thousand to One is Rosemary's first book for AVALON.

With trepidation, small-town schoolteacher Marcie Macdonald gave up her safe, comfortable, country life to move to the city and study screenwriting with her idol, the enigmatic filmmaker Gabriel Stern. When a big-time Hollywood producer becomes interested in her screenplay, Marcie is swept up in a whirlwind of limousines rides, designer clothing, and grand mansions filled with items normally seen only in the movies. Her glamorous new life is full of surprises, but the biggest one is Gabriel himself. Handsome and suave, he is also sensitive and kind, taking Marcie under his wing and teaching her -- gently -- about his cut-throat business. With Gabriel's help, Marcie's biggest dreams of success seem about to come true. All she has to do is follow his number one rule: never let anything come between you and your work -- including love.

Rosemary Aubert was born in Niagara Falls, New York. As soon as she finished college, she headed for New York City, where she began her career in publishing by working in customer service at a major publishing house. Eventually, she worked her way up to being an editor, then an author whose books have been published around the world. She now divides her time between Niagara Falls and Toronto, Canada, where she is an author, editor, and writing teacher.

1. A Thousand To One